Brethren, I do not regard myself as having laid hold of it yet; but one thing I do: forgetting what lies behind and reaching forward to what lies ahead, I press on toward the goal for the prize of the upward call of God in Christ Jesus (Phil. 3:13-14 NASB).

Shalom and greetings in the New Year, my dear friends and supporters. I share with you the blessing from my daily devotional for January 1:

“One of God’s glorious gifts to mankind is to bestow upon him the dawn of a new year. Life is full of beginnings. As one stands at the gate and with doubtful hand draws aside the curtain and peers into the unknown, he begins today by taking his first step across the threshold of the new year. It is already a beautiful year because it is another year of Our Lord.”

Reflecting upon my Savior’s mercies during the past year, I thank Him for each one of you—for your faithfulness through your love, prayers, and financial support—in enabling me to press on by standing with me in your steadfastness for the salvation of Israel.

It is always a blessing to end the previous year by celebrating Chanukah at Tikvah BaMidbar (Hope in the Desert), our monthly Bible study. We teach the similarities between Chanukah and Christmas, the main one being that the central theme for both focuses on their respective miracles and the fulfillment of prophecy. It’s also the time of year that magnifies the truth that our God is not only the God of His Word but also the God of Light. Although Chanukah means the “Feast of Dedication,” it is also commonly known as the “Feast of Lights,” and marks the occasion when the Jewish Temple was rededicated after the Hellenized Greeks had desecrated it, as predicted in Daniel 8:13-14. However, the events aren’t found in the Older Testament, but during the time between the end of the Older Testament and the beginning of the New Testament, known as the “400 Silent Years.” The feast is found only later in rabbinic tradition. But Chanukah is a biblical feast in two ways: First, it was predicted in the Book of Daniel, and secondly, Yeshua, Jesus Himself, authenticated this particular feast by observing it in Jerusalem. At that time the Feast of the Dedication took place at Jerusalem; it was winter, and Jesus was walking in the temple in the portico of Solomon (John 10:22-23 NASB).

Antiochus Epiphanes began his persecution of the Jewish people in 171 BC, and it was exactly 2,300 mornings and evenings later on the 25th of Kislev (our December) that the Temple was cleansed and rededicated. Tradition tells us that there was no oil for light in order to cleanse the sanctuary and rekindle the lampstand, but that a small vial of oil was found in one of the nooks and crannies of the Temple wall. By a miracle, that little bit of oil which should have lasted only one day, lasted instead for eight days. Hence, it became known as Hag Ha-Orim, the Feast of Lights.

The specific lampstand used for Chanukah is called the HANUK-KIYAH. It is a special type of menorah which has eight places for eight candles in a row, with a ninth candle higher than the others or over to the side. This particular candle is known as the “Shamash” or the “Servant” candle, from which all the other candles are lit.

THE GOD OF LIGHT

Just as the “Shamash” on the Chanukah menorah lights all the other candles, so, too, Jesus the Messiah gives light to all who will believe. We’re told this in John 8:12: Then Jesus again spoke to them, saying, I am the Light of the world; he who follows Me will not walk in the darkness, but will have the Light of life. The “Shamash,” the “Servant Candle,” is a beautiful symbol of our Messiah. He alone is able to kindle in our hearts the light of God—only in His light can we see or be light. The relationship between “The Feast of Dedication of the Temple” and our Messiah Jesus—the “Living Temple of God” and the birth of our Savior is rooted in the history of Israel.

Following our Chanukah service, we were challenged to rededicate our lives to Yeshua HaMashiach, Jesus the Messiah. Everyone who attended accepted the challenge. We were then given individual candles, and in single file, lined up and lit our candle from the flame of the “Shamash” of the Chanukah menorah (see photos). As we remained standing on both sides of the room, we sang songs and praised His holy name, celebrating both Chanukah and Christmas. It was a beautiful ending to our final Bible study of the year. 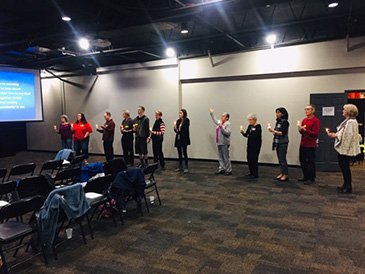 I went back to Chicago over the holidays for a joyful reunion with family and friends. I usually take the Airport Shuttle, but after serving in the Valley for 31 years, it, unfortunately, went out of business. (Uber and Lyft were in talks regarding financial issues with the airport, so that didn’t look good.) Someone highly recommended a private driver. He was wonderful—just as she said—professional, articulate, punctual, etc. We (and my grandson, Austin) had a great conversation on our trip to the airport, but had an extraordinary one on our return trip. The driver shared about some personal struggles he has had in the past, confessing that it was God who spared him, but he did not have a personal relationship with Jesus and asked many questions. He would like to continue our spiritual discussion via phone. My grandson will also be hiring him again for an upcoming trip. Please pray for C’s salvation.

PRAY . . . that this year would be a spiritual awakening for the kind, unsaved Jewish gentleman who has attended Tikvah BaMidbar three times now and says he’s learning so much; for the three unsaved Jewish women and unsaved Jewish man God has brought into my life; and for those who will be attending our 27th Citywide Messianic Passover Seder on April 3rd (see hopeinthedesert.org for details).

Thank you, always, for being my partners in ministry. May our Lord bless you abundantly, as you have blessed me. Every good thing given and every perfect gift is from above, coming down from the Father of lights, with whom there is no variation or shifting shadow (James 1:17 NASB). Shalom Aleichem! (Well-being be upon you!)

In Messiah’s love and mine,

As the Lord leads, please include a note preferencing all future gifts for Violette Berger to: 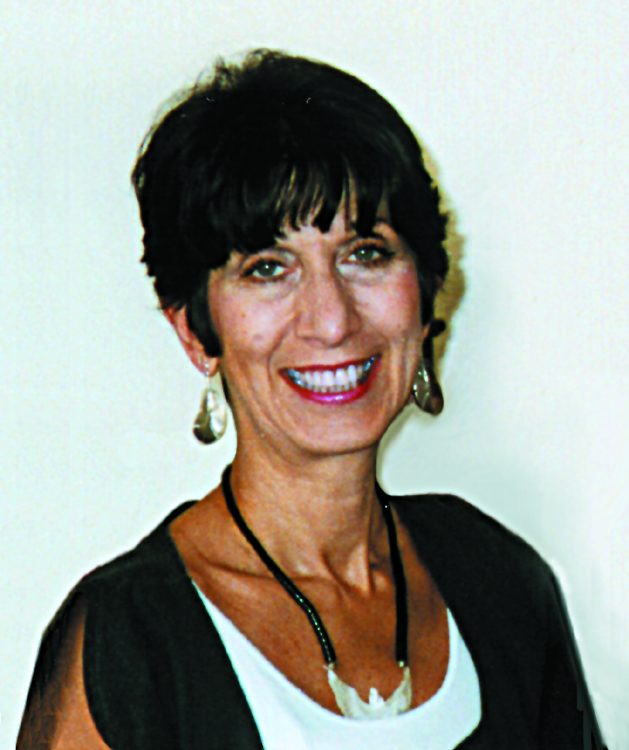