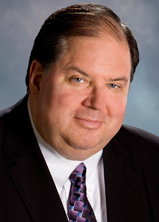 "I was in that state of mind in which a boy thinks it extremely telling to call God Javeh and Jesus Yeshua." -C.S. Lewis (Surprised by Joy)

Gary Hedrick has been president of CJF Ministries (CJFM) in San Antonio, Texas, since August of 1988. Prior to that time, he was on the ministry’s board of directors and served as a part-time CJFM field representative. In the early to mid-1970s, Gary had been a minister of youth and music in two Atlanta-area Baptist churches. He later moved to Illinois, where he became associate pastor of the 1,500-member Bayview Baptist Church in Washington, Illinois (1976-77) and met his bride-to-be, Marcia Lee Goldsmith (they were married in 1977). After a term of service as a church planter with the home missions board of the Evangelical Mennonite Conference (1978-80), Gary became the founding pastor of Liberty Bible Church (IFCA) in Eureka, Illinois (1980-88), where Rev. Tom Zobrist is the pastor today.

Gary is a graduate of Bob Jones University in Greenville, South Carolina (BA in Bible; minor concentrations in speech and Koine Greek) and was awarded an honorary doctor of divinity degree (DD) in May of 2003 from Antioch Baptist Bible College & Seminary in Marietta, Georgia—the school that bestowed this same degree on a young Jewish Christian evangelist named Charles Halff 35 years earlier (almost to the day). Gary is a member of the American Schools of Oriental Research (ASOR) at Boston University, the Evangelical Theological Society (ETS), and IFCA International. He has also served as North American coordinator for the Lausanne Consultation on Jewish Evangelism (LCJE), a worldwide network of ministries specializing in reaching Jewish people with the Good News of Jesus the Messiah. His articles appear regularly in the bimonthly publication, Messianic Perspectives, and he is a speaker on the Messianic Perspectives radio network (www.cjfm.org).

Gary and Marcia make their home in San Antonio. Their older daughter, Elizabeth, is married to Brian Nowotny (MDiv, Liberty University) and they have four children, Emily, Owen, Samuel, and Vivian. The Hedricks' son, Michael, is married to a psychologist, Rachel, and he is pursuing a Ph.D. in theology from the University of Aberdeen in Scotland. They have a son, Benjamin, and daughter, Eliana. Gary and Marcia’s younger daughter, Sarah, is a graduate of Baylor University and is a civilian employee of a military contractor at Randolph Air Force Base in San Antonio.