Would the Messiah say " I'm Spiritual But Not Religious?" 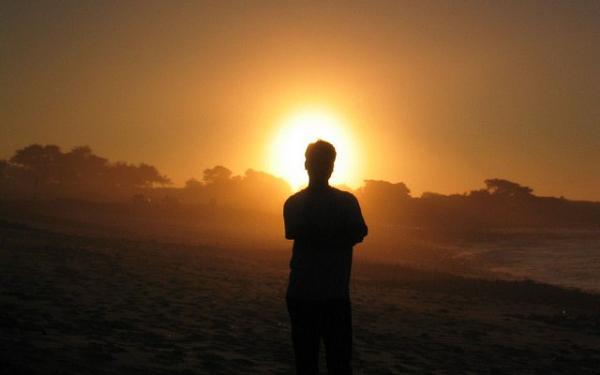 I once read an article by Alan Miller on the CNN Belief blog called “My Take: ‘I’m spiritual but not religious’ is a cop-out

“The increasingly common refrain that “I’m spiritual, but not religious,” represents some of the most retrogressive aspects of contemporary society. The spiritual but not religious “movement” – an inappropriate term as that would suggest some collective, organizational aspect – highlights the implosion of belief that has struck at the heart of Western society.

Spiritual but not religious people  especially prevalent in the younger population in the United States, although a recent study has argued that it is not so much that people have stopped believing in God, but rather have drifted from formal institutions.

It seems that just being a part of a religious institution is nowadays associated negatively, with everything from the Religious Right to child abuse, back to the Crusades and of course with terrorism today.”

In my own outreach efforts, I have heard the “I’m spiritual, but not religious” comment as well. ‘Spiritual’ implies that one is freed from unnecessary dogma. Thus, you can be yourself before God. You also can mix it up. One can mix Jesus  with Buddha, Muhammad, Confucius, or something else.  While I expect this comment to come  from New or someone outside the Christian faith, I am saddened when I hear it among professed Christians. So if someone professes to be a follower of Jesus and thinks being 'spiritual' but not religious is the way to go, my thoughts are it is time to take a look at what Jesus would say about this topic.

Let’s take a look a comment by Anthony J. :

“To wrench Jesus out of his Jewish world destroys Jesus and destroys Christianity, the religion that grew out of his teachings. Even Jesus’ most familiar role as Christ is a Jewish role. If Christians leave the concrete realities of Jesus’ life and of the history of Israel in favor of a mythic, universal, spiritual Jesus and an otherworldly kingdom of God, they deny their origins in Israel, their history, and the God who has loved and protected Israel and the church. They cease to interpret the actual Jesus sent by God and remake him in their own image and likeness. The dangers are obvious. If Christians violently wrench Jesus out of his natural, ethnic and historical place within the people of Israel, they open the way to doing equal violence Israel, the place and of Jesus. This is a lesson of history that haunts us all at the end of the 20th century.” (1)

So in light of the Jewish context of the life of Jesus, let’s make some observations:

Jesus observed the Jewish Feasts of His day

Jesus was concerned with Holiness

“At no place have Christians been more insensitive to Judaism that when it comes to what Jesus believes and teaches about God. In particular, the concept that Jesus was the first to teach about God as Abba and that this innovation revealed that Jesus thought of God in terms of love while Jews thought of God in terms of holiness, wrath, and distance are intolerably inaccurate in the realm of historical study and, to be quite frank, simple pieces of bad polemics. The God of Jesus was the God of Israel, and there is nothing in Jesus’ vision of God that is not formed in the Bible he inherited from his ancestors and learned from his father and mother” (7) “Countless Christians repeat the Lord’s Prayer. When Jesus urged His followers to “hallow” or “sanctify” the Name of God (Matt 6:9), many are unaware of what that may have meant in Jesus’ day- in part, because Christianity has lost sight of God’s awesome splendorous holiness. A good reading of Amos 2:6-8 discusses this issue. “Reverencing the Name of God” is not just how Israel speaks of God-that it does not take the Name of God in vain when it utters oaths or when someone stubs a toe or hits a finger with an instrument -but that God’s Name is profaned when Israel lives outside the covenant and by defiling the name of God in behavior” (Jer 34:15-46; Ezek. 20:39; Mal 1:6-14). God’s Name is attached to the covenant people, and when the covenant people in sin, God’s Name is dragged into that sin along with His people. So, when Jesus urges his followers to “reverence,” or “sanctify” the Name of God, he is thinking of how his disciples are to live in the context of the covenant: they are to live obediently as Israelites.” (2)

Jesus was concerned with Righteousness

“When most Christians think of this term, they are faced with two problems: First, that the apostle Paul used this term so much in the sense of “imputed” righteousness and did so in an innovative, however, effective, manner; and second, that is what the cognate in Hebrew, Aramaic, and Greek is not so in English. Fundamentally, the term “righteousness” along with its cognates, describes an Israelites relationship to God and his Torah, and that relationship is conceived in its behavioral categories: the righteous Israelite is one who does Torah as a covenant member (Deut 6:25; Job 22:6-93; Ps 1:4-6; Ezek.45:9) Jesus teaches about such righteousness as did his Jewish ancestors, as well as John (Luke 3:7-14; Matt 21:28-32), to describe those Jewish followers of his who wholeheartedly conformed their obedience to Torah, as taught by him (Matt 5:17-48), in the context of renewal of the covenant taking place though his offer of the kingdom.”  (3)

“It is true that Jesus condemned  the hypocrisy of some religious leaders – those who took such a strong stand on the letter of the law but were leaving behind the spirit of the law. There is a misconception that Jesus utterly rejects the Pharisees and the Teachers of the Law. But although Jesus does condemn their sternness and hypocrisy, He rejects neither their function nor their teaching. This is clearly seen when Jesus says “The teachers of the law and the Pharisees sit in Moses’ seat. So you must obey them and do everything they tell you. But do not do what they do, for they do not practice what they preach.” (Mt. 23:2-3) (4)

Note: To read more about the relationship between Jesus and the Pharisees (which is generally misunderstood by many Christians), see Scot McKnight’s posts here.

What About Individualism vs Community?

When I hear the “I’m spiritual, but not religious” from Christians, this generally translates as ” I don’t need to be in a community or local congregation. I do my own thing.” This leads me to say the following:

1. Whatever Jesus teaches is true.

2. Jesus taught that we are to “go and make disciples of all nations, baptizing them in the name of the Father and of the Son and of the Holy Spirit, and teaching them to obey everything I have commanded you. And surely I am with you always, to the very end of the age.”(Matt 28:19).

3. Therefore, Christians should desire to “ go and make disciples of all nations, baptizing them in the name of the Father and of the Son and of the Holy Spirit,  and teaching them to obey everything I have commanded you. And surely I am with you always, to the very end of the age.”(Matt 28:19).

My question is the following: What does Jesus say about those who want to not be part of community or be accountable to a local congregation?

Jesus was a religious Jew who practiced the Judaism of his day. Granted, I don’t think Jesus came to start a new religion. Jesus’ main teaching was about the Kingdom of God. In the end, for Christians who continually say “I’m spiritual, but not religious” need to rethink their position.

1.Anthony J. Saldarini, Was Jesus a Jew? Available at http://www.biblicalarchaeology.org/daily/people-cultures-in-the-bible/was-jesus-a-jew/