Michael S. Kogan is a Jewish scholar who does not think Jesus is the Messiah. However, in his book “Opening the Covenant: A Jewish Theology of Christianity, he says the following:

“If we view the Nazarene sect—later, Christianity—as one of the Judaisms of the first century (and how else can we view it?), we must conclude that this group of Jews had as much right as any other to develop its own unique conception of the Messiah. And unique it was—as were they all—but only in the sense that it combined in a distinct fashion elements of Jewish messianic speculation that had been circulating for centuries. The earliest messianic references in Hebrew Scriptures had referred to kings and priests who were contemporary historic personages. Jesus was such a personage. Later messianic language became idealized and futurized. Jesus would come again in glory. All the well-known terms, Messiah, Son of God, Son of Man, shepherd, king, high priest, suffering servant, son of David, et al., were eventually reinterpreted and applied by the Christian sectarians to their redeemer figure. They were certainly not unique in their application of these terms to a living man or to a figure of the future; they were unique in holding that one man could be both of these. By conceiving of a first and second coming of Jesus, Christian thinkers found a way to apply virtually every previous messianic name and function to one person.

Theirs was certainly the most comprehensive messianism of any of the many Jewish sects that reworked the ancient images into their own speculative patterns. We have seen that the Christians could hardly be called nonorthodox in their messianism, since there was no reigning orthodoxy (and no orthodox Judaism for that matter). Were they radicals? Perhaps, but no more than the Qumran covenanters or the author or community that produced 4 Ezra. What ultimately led to their break with other Jewish sects was probably more their openness to gentile participation than their messianic views. The question so often asked as to whether Jesus was the Jewish Messiah is therefore the wrong question.

Note Kogan says, “The question so often asked as to whether Jesus was the Jewish Messiah is therefore the wrong question. He was a Jewish Messiah.” He is correct that within Jewish history, Jesus is viewed as one of many messianic figures. But in my two books here, I discuss why I think Jesus is not just a Messiah, but the Messiah. 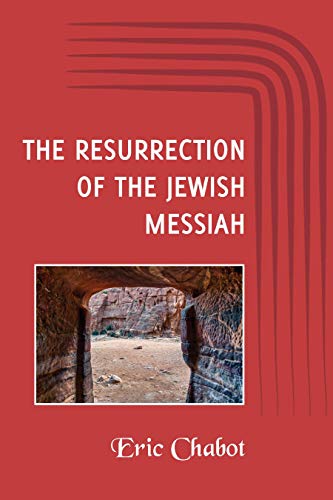