Thoughts on the Elections in Israel

Some of our friends have been asking what we think about the elections that are just now taking place in Israel. I personally like Bibi Netanyahu and would be voting for him if I was an Israeli. Nonetheless, I also recognize that the Messianic movement in Israel is diverse and not everyone is sold on Bibi. An Israeli friend just the other day told me she doesn't care for his "Napoleonic" demeanor. Others didn't like the way Bibi has tried to throw a monkey wrench into the negotiations with Iran. That's their perception. But like I said, I agree with Bibi. I don't trust the Iranian mullahs. The Iranian people are great (we have friends from Iran). But their Islamist overlords are doing their best to prolong the negotiations because they're making progress toward a weaponized nuclear capacity with every day that passes. So the longer the West is willing to negotiate, the better the Ayatollah likes it. The passage of time is in his favor, not Israel's. I also agree with Bibi about the impracticality of the "two state solution." I'm actually surprised that he had the guts to be so unabashedly politically incorrect – but he came right out and said it! When Israel turned Gaza over to the Palestinians in 2005, it was a good test to determine if "Palestine" and Israel could coexist as neighbors. Even the hawkish, conservative military hero Ariel Sharon signed off on the Gaza plan. But it has been an unmitigated disaster and everyone knows it – even those who don't want to admit it out loud. At the risk of offending some well-meaning friends (both here and in Israel), let me say that anyone who still believes that a Jewish State and a Palestinian State can live peaceably, side by side, is either incredibly naive or just simply ... well, to be blunt, not very smart. Please forgive me if that offends you, but I'm speaking here from my heart. I'm telling you—the two state solution, for all practical purposes, is dead. Most Israelis are politically conservative; however, the conservative bloc is splintered among several parties and that makes it hard for the conservatives to come up with a consensus candidate. That's why Bibi has been struggling in the polls. It also doesn't help that some conservatives see him as pompous and arrogant. it's hard for them to separate personalities from principles. At the end of the day tomorrow, we will know the answer of the Israeli voters. And 24 hours from now, regardless of who wins the election, the real answer to Israel's continuing dilemma will still be the same: the Jewish people need their Messiah. Political solutions, alliances, and military might are not the ultimate solution. Someday, all of those things will fail—and all the Israelis will have left is the LORD God of Israel. And maybe, after all is said and done, that's where He wants them.

If you're interested in the creation vs. evolution debate, you might want to check out the Nota Bene Science & Culture Update. Here's an article from ENV that's featured in the current issue of the Update. With so much hokey and half-baked "creationist" stuff online these days, you'll find Nota Bene's articles refreshingly insightful, relevant, and informed. Intelligent Design and special creation, strictly speaking, are not the same thing; ID also encompasses approaches like theistic or deistic evolution. But there are many intriguing areas where ID and special creation overlap. Enjoy the article and feel free to let us know what you think. Is it important for believers to know what they believe about the question of how we got here? Or not? Why Evolutionary Theory Cannot Survive Itself

Just received this pic from Israel tonight. It shows Ruth Nessim, one of our Israeli staff members, reading from the story of Esther (in full queenly regalia) during Purim at one of our Messianic congregations in the north. Ruthie is really decked out! We're looking forward to seeing everyone soon. Marcia and I leave for Israel next week to meet up with our upcoming Israel tour. If you'd like to see the Land through Messianic Israeli eyes, start planning now to join our March 2016 tour group! 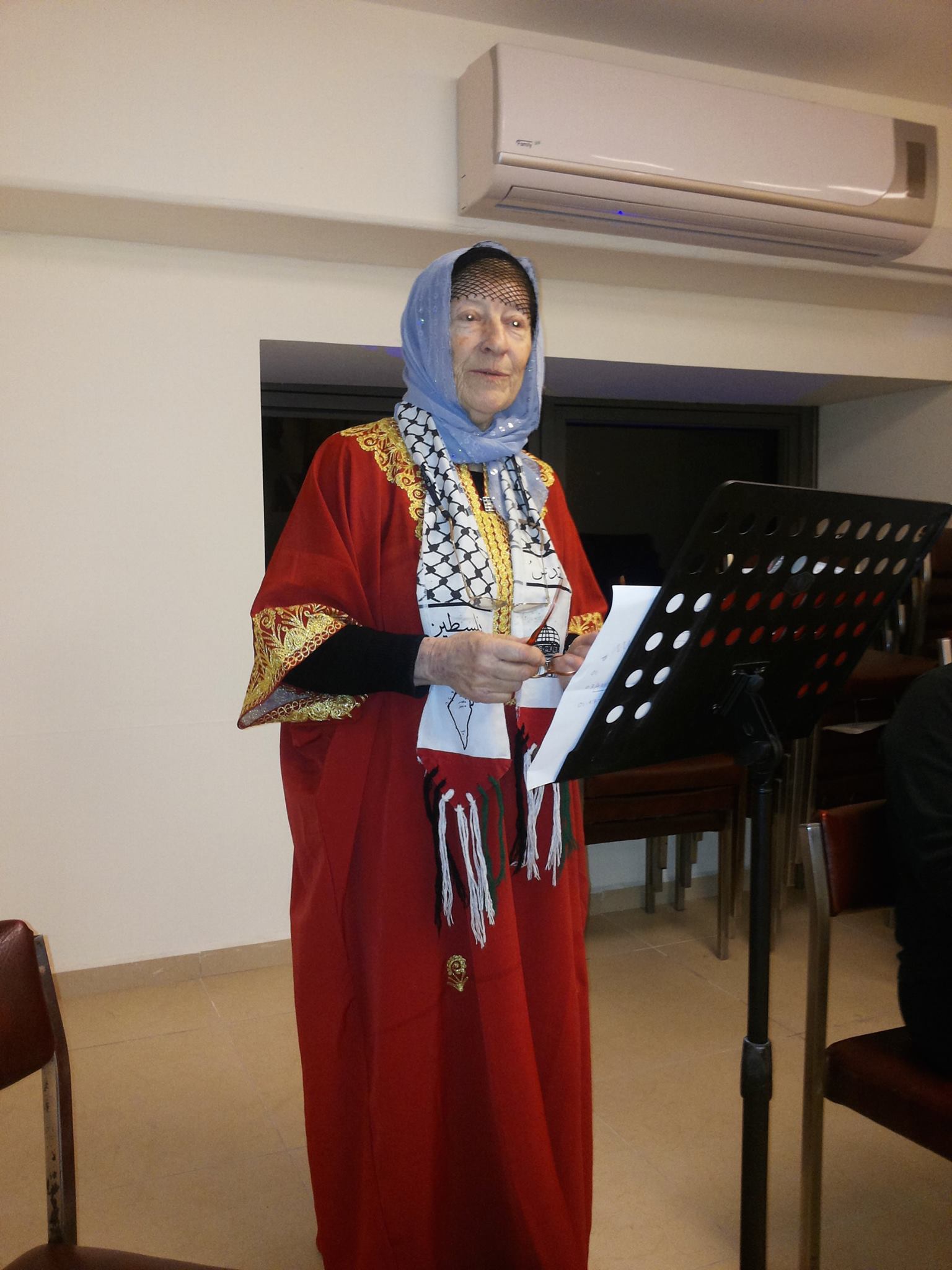 This is about the best answer I've ever seen to the question "Why Israel?" It's by our good friend Wayne Hilsden, pastor of King of Kings community in Jerusalem. We were just with Wayne and Ann in NYC last week, in fact! http://firm.org.il/whyisrael/

We're not singling out Islam as the sole example of counterfeit religion because we could make similar points about many different religious groups. But militant Islamic fundamentalism is a pretty good case in point because it upholds a belief system that includes a counterfeit gospel, a counterfeit Messiah, a counterfeit set of scriptures – and now, even a counterfeit eschatology. Islamic groups like ISIL believe they are helping to fulfill the prophecies they read in their scriptures. Check out this analysis of Islamic "end of times" prophecies from the Clarion Project. It explains a lot about why these Islamic groups do the atrocious things they do. This provides context that you won't get from the mainstream media. ISIS: End of Times Prophecies Justify Beheading of Copts

Let Israel intercept one Gaza-bound boat that turns out not to be carrying illegal weapons or contraband—and the mainstream media howls like they've been hit by a falling piano! But when the blockade stops a boat carrying rocket components, you can hear crickets chirping in the back of the room. Here's the latest incident, reported by The Jerusalem Post | JPost.com http://www.jpost.com/Arab-Israeli-Conflict/Israel-Navy-Shin-Bet-intercept-attempt-to-ship-weapon-material-to-Gaza-390738

Help counter the genocidal onslaught of ISIL against Christian communities

The news about ISIL (sometimes called IS or ISIS) is so tragic and bleak, the reporting is virtually always dark and negative in nature. But here's a bright light from the Wilberforce Initiative explaining positive steps that we can take to help counter the genocidal onslaught of ISIL against the Christian communities in that region. Another aspect of the situation is that many of these fleeing people are nominal, cultural "Christians" and need to hear the Good News about how they can experience a personal relationship with Messiah Yeshua. So there is much work to be done and it involves both physical and spiritual redemption. You'll be asked to provide your name and email address in order to download the full report. But if you end up on a mailing list as a result, you can always unsubscribe later. Wilberforce Initiative

Yet another reason why the State of Israel is still important

Yet another reason why the State of Israel, in spite of its shortcomings (both real and imagined), is still important, even in 2015 (see article below). It's not merely an antiquated solution to an extinct problem (anti-Semitism). On the contrary, the Jewish State is a beacon of hope and a welcome refuge for Jewish people, no matter where they're from. A month after kosher market attack, French Jews plan an exodus

Have we devoted adequate thought to the potential of technology?

AI stands for Artificial Intelligence. It refers to computers/software that's designed to mimic human consciousness. "Intelligence" is sometimes described as interacting successfully with one's environment and engaging in problem-solving. The scientist who coined the term in the mid-1950s defined artificial intelligence as "the science and engineering of making intelligent machines." Hollywood has long had a fascination for AI. Perhaps the most famous of the early AI movies was 2001: A Space Odyssey (1968), in which a computer named HAL wrests control of a space ship from its human crew. AI was a Steven Spielberg movie released in 2001. I, Robot was a more recent AI flick starring Will Smith. My all-time favorite, however, was Robin Williams in Bicentennial Man (1999), where he played a robot who became so human, he actually fell in love with a human woman (and she with him). So here's a question. As processors and software become more and more powerful, sophisticated, intuitive, and human-like, have we devoted adequate thought and planning to the long-term potential (whether good or bad) of the technology? Before you dismiss such concerns as alarmist nonsense, you might want to read what Bill Gates and Stephen Hawking have to say about it. Hopefully, Hawking knows more about computers than he does about the Middle East (he recently endorsed a boycott of the State of Israel). Check it out below and let us know what you think.