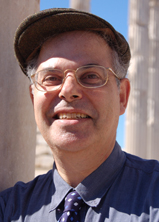 Around 2017, Robert and Rosamund Weissman thought seriously about moving out of the London area. Their youngest son, Jonathan, was concerned for their safety. He believes the End Times are fast approaching and does not want his Mum and Dad going through them in London’s increasingly hostile environment. Jonathan reminded his dad that he had always liked Northern Ireland, where Robert had preached when he was in his 20s and 30s. CJFM’s president and the director of missions were supportive of the Weissman’s moving the work to Northern Ireland. In early 2019, the Weissman family moved to County Down. Currently, two of their sons live with them. The eldest is in Oklahoma with his wife and young family.

When living in London, Robert spent over 40 years evangelizing Jewish areas of north and northeast London. He carried out a lot of door-to-door work, always calling at every house with specially written tracts designed to be of interest, especially to Jewish people. Responses ranged from respectful to violent. The Jewish newspapers regularly attacked the work of Jewish missions over the years, with rabbis and other leaders writing that missionaries targeted the weak, elderly, and children.

Northern Ireland is small, only 5,000 square miles, with less than two million people. The Jewish community is tiny, with an estimated 300, with no rabbi. The churches have tended to be stronger and more fundamental here than in England. However, preaching opportunities have been scarce due to the effect of Covid-19, with churches shutting down for long periods.

The change in circumstances called for a change in ministry approach. Now, Robert writes special tracts to mail to rabbis, Jewish leaders, and celebrities. Two recent tracts are titled “Which Road Are You On?” and “Lock-down; Can Any Good Come Out Of It?” Robert is currently working on another titled, “Wrong Decisions And Right Ones.” In this one, the reader is urged to make the right decisions today to consider Jesus and trust Him now. At the time of this writing, he is planning yet another. It will be about the contrast between the Talmud and the New Covenant. One should be superseded by the other!

Rosamund has also been busy writing and reaching out to their new community. She wrote a book during the 2020 lockdown titled Exploring The End Times And Interceding For Israel. It explains how to pray for Israel in the End Times and is written primarily for women in Northern Ireland. She has had offers to provide teaching based on her book.