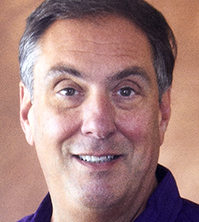 Michael Campo Jr. was born in a suburb of Chicago to Catholic parents. He was 16 years old when his father, Mike Campo Sr., received Jesus as his Lord and Savior. Shortly thereafter, God called Mike Sr. into ministry, specifically Jewish missions. He served in Jewish missions for 35 years, the majority of that time with CJF Ministries (formerly known as the Christian Jew Foundation) before the Lord called him home on August 22, 2019.

Although Michael had repeatedly heard the Gospel from his father and was exposed to the truth concerning the Gospel of grace, he had a stronger desire for the things of the world (primarily drugs) than for the things of God. While Michael was experiencing many trials due to his addiction, God brought a concerned believer into his life (a former addict) who became Michael’s mentor and advocate, encouraging him to enter a drug rehabilitation program with Teen Challenge. After spending four months at a rehab facility, Michael returned home not only free from drugs but also a born-again believer.

In 1994, God called Michael into ministry. His pastor and many others encouraged him to use his spiritual gift—teaching—for the Body of Messiah and the glory of God. After 15 successful years as an insurance agent, Michael and his wife, Lorena, sold their home and invested the proceeds into a Bible college education. They and their two daughters moved to Dubuque, Iowa, where he attended Emmaus Bible College. Following his graduation from Emmaus Bible College, Michael served the Lord as a pastor, church planter, and conference speaker.

Michael and his wife, Lorena, live in Illinois, where he pastors a church he helped plant. He is also on staff as a Church Ministries Representative (CMR) for CJF Ministries, speaking in churches, conferences, etc., teaching the Jewish roots of Christianity. Through messages, such as “The Feasts of Israel,” “Israel in Prophecy,” and “The Passover Seder,” Michael teaches the Jewish perspective of the Scriptures, emphasizing the need and responsibility of the Church to bring forth the Gospel message “for the Jew first, and also for the Greek” (Romans 1:16).

Michael is a gifted speaker and diligent student of God’s Word. He welcomes the opportunity to present the ministry of CJFM to churches and other venues. His love for the Lord and his burden for Israel is self-evident and manifests itself in all of his teachings. All who hear him will be blessed.