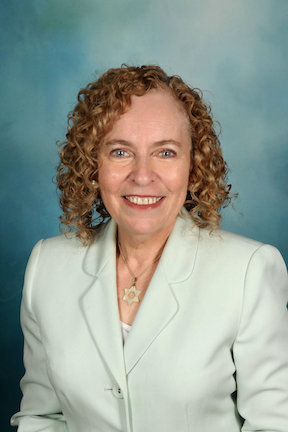 There is an alarming theology infiltrating the Evangelical Church in America which is opposed to the modern state of Israel. It is rapidly gaining acceptance within some of the largest denominations, churches, and organizations in the United States. This presentation highlights the false doctrines which form the basis for this movement and will equip you to be a blessing to the Jewish people.

THE FEASTS OF THE LORD

"Throughout the world people, nations and tribes observe holidays. They are sometimes observed in memory of significant political events, sometimes in commemoration of national heroes, with great frequency to observe religious beliefs. In marked contrast, the God of Abraham, Isaac and Jacob instituted only seven holidays. They are called ‘The Feasts of the Lord.’ This expression indicates that these holidays are God’s holy days - they belong to Him. Collectively they tell a story.” (Howard/Rosenthal, The Feasts of the Lord)

MESSIAH IN THE PASSOVER

The Jewish people have celebrated Passover for over 34 centuries remembering how God saved them from certain death. The blood of an unblemished lamb was applied to the doorposts and lintels of our homes. Thereafter, the angel of death moved through Egypt to smite the firstborn of the Egyptians. Every succeeding Passover has been a memorial of that first occasion. Today, we celebrate our Passover Lamb, Jesus (Yeshua), who shed His blood to save us all from certain spiritual death. Through this presentation you will learn the significance of the words He spoke and the foods He ate as they reveal God's plan of redemption for mankind! (Various presentation formats are available, ranging from a 45-minute presentation of the Last Supper in its Jewish context, a 1 2 hour abbreviated Passover Seder, to a full 2 2 hour Passover banquet.)

JESUS IN THE SPRING FEASTS OF ISRAEL

The laws, customs and traditions associated with the observance of the Feast of Passover, Unleavened Bread, First Fruits and Weeks as written in Leviticus 23:4-22. The spring holidays point back to the work accomplished by Jesus when He first appeared on earth and also point, with precise timing, to major events in His life.

JESUS IN THE FALL FEASTS OF ISRAEL

The fall feasts are unique among the appointed times of the Lord. The lessons they teach form a natural progression. Rosh Hashanah (the Jewish New Year), Yom Kippur (the Day of Atonement) and Sukkot (the Feast of Tabernacles) demonstrate God’s redemptive time table and the Second Coming of the Lord. (A one-hour presentation)

JESUS IN THE FEAST OF TABERNACLES

The laws, customs and traditions associated with the observance of the Feast of Tabernacles (Sukkot) as written in Leviticus 23:34-43 and Numbers 29: 12-38. It is a joyful feast of thanksgiving, emphasizing the believer’s relationship with Jesus, pointing to the future, when He will dwell with us here on earth.

HANUKKAH: THE FESTIVAL OF LIGHTS AND THE PROMISED MESSIAH

Journey with Michelle as she examines the political, social, economic and spiritual conditions affecting the Jewish community during the inter testamental period. The journey culminates with the birth of the Messiah, an event which brought great hope to a community engulfed in darkness, turmoil and despair.

ANCIENT JEWISH WEDDING CUSTOMS AND THE BRIDE OF MESSIAH

A beautiful picture of God’s love for His people is intricately woven throughout the wedding customs of ancient Israel. During the patriarchal period, as bride and bridegroom prepared for marriage, they were also acting out the drama of their marriage relationship to God. As Michelle describes these ancient Jewish wedding customs, believers will come to appreciate anew their relationship to Jesus, our Bridegroom, and His promise to return for His Bride.

THE BOOK OF MATTHEW AND MESSIANIC PROPHECY

Jewish believers in the first century were in a kind of no man's land between the Jewish community on the one hand, and the Gentile Christian community on the other. They needed an account of the story of Jesus that would enable them to hold fast to their faith in Jesus, as Jewish believers, and to prove that Jesus fulfilled the qualifications for the Messiah. Discover how uniquely this Gospel meets the needs of a people who, for generations, have been waiting for their promised Messiah.

The conflict between Hezbollah, Hamas, Islamic Jihad and Israel is at the forefront of world news and on the hearts and minds of everyone at this time. A wider conflict seems to loom on the horizon. Will this conflict widen into a regional war? Are we getting close to the end times? Prophet Ezekiel, 2,500 years ago, described in great detail a war which would take place on the mountains of Israel. With an emphasis on Ezekiel 38, Michelle Beadle will present these prophecies in light of the current conflict in the Middle East.

ISRAEL TODAY AND IN PROPHECY

The Jewish prophets of old have foretold the events taking place in Israel today. Michelle discusses current events as viewed from a past, present and future biblical perspective. He answers the questions "Who are the Palestinian people?" "Will there ever be peace in the Middle East?" "What does God have in store for Israel in the future?" "What should we as believers of Jesus do in response to this crisis?"

Have you ever been in a situation in which you had an opportunity to share your faith in Jesus with a Jewish friend, but found yourself tongue tied or intimidated? You’re not alone! Sharing the Gospel of Yeshua HaMashiach—Jesus the Messiah—with a Jewish person requires not only a love for the Jewish people, but specific knowledge of Older Covenant Scriptures, Jewish history and sensitivity to Jewish culture. This presentation will equip the believer to become a cross-cultural evangelist, capable of presenting the Gospel, sensitively, to His Chosen people. (This presentation can be shared in 45 minutes, one hour, two hours, as a half-day, full-day or weekend seminar.)

JEWS, GENTILES AND THE LAST DAYS: TAKING THE GOSPEL TO THE ENDS OF THE EARTH

The Jewish people have been called to be a kingdom of priests and a holy nation, to spread the knowledge of God to the ends of the earth. Israel has never been faithful as a nation to this task. Yet the day is coming when God will raise up 144,000 Jewish evangelists. Learn how believers can play a vital role in fulfilling the Great Commission as Michelle examines the inter-relatedness of Jews and Gentiles in the last days.

MESSIAH - THE LIGHT SHINING IN DARKNESS

Foundational to Christianity is the fact that the Bible is true. For the unbeliever, the authenticity of the Bible is often questioned and even disregarded. Michelle presents an in-depth study of Isaiah 9:1-7, drawing a parallel with the celebration of the Festival of Lights, thereby revealing the pin-point accuracy of the Scriptures as they foretell the coming of Jesus the Servant of God - the Light of the World.

MESSIANIC JUDAISM IN THE FIRST CENTURY

In the first century, the Messianic Jewish community faced great difficulties integrating the pagans who were coming to the Lord into the fellowship of the believers. Some called for the pagans to convert to Judaism. This dilemma is described in the Chapter 15 of Acts, and was addressed at a council in Jerusalem. The decisions made at this council had far-reaching implications for the spreading of the Gospel. This presentation looks at the relationship between Jew and Gentile in the Body of Messiah in the first century and beyond.

Are you interested in how God is moving in these last days among peoples, tribes and nations? God has been doing a work, not only among the nations of the world, but also among the Jewish people. Michelle presents an overview of the modern-day Messianic movement and what God is doing with His Chosen people.

Ask a Jewish person what the Messiah will do and accomplish when He comes and most will tell you, “When He comes there will be peace.” Ask a Jewish person how they know this and they will tell you, “It is written, ‘... and they shall beat their swords into plowshares, and their spears into pruning-hooks; nation shall not lift up sword against nation, neither shall they learn war any more.’ ” Although this answer sounds good, it is only a part of their biblical understanding of the Messiah. Michelle takes an in-depth look at seven Messianic prophecies which provide a complete picture of what the Messiah will do and accomplish.

Michelle presents a study of Messiah’s Temple, the Temple described by Ezekiel, which will once again be rebuilt during Jesus’ millennial reign on earth. She describes the distinguishing features of that temple and what they reveal about the Messiah and His atoning work of redemption for all ages.

Reared in New York in a Reform Jewish Synagogue, Michelle accepted Yeshua (Jesus) as Messiah during her senior year at Cornell University. Michelle’s testimony is the story of how God worked in the life of a daughter of Abraham, Isaac and Jacob, leading her to redemption and new life in Messiah.

How should the faith of Gentile Christians affect the descendants of Abraham, Isaac and Jacob? There is much in the news today about Jewish/Christian dialogue. The consensus among Jewish and Gentile clergy has been, “Let’s talk about our faith traditions, but leave Jesus out of the equation.” Apostle Paul has much to say about the topic. This presentation reviews the biblical perspective of the role of Gentile Christians in the spreading of the Gospel.