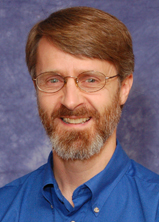 "Sharing the love of Messiah to the Jew first and also to the Greek."

Richard Hill was the associate pastor of a messianic Jewish congregation in Los Angeles when he was invited, in May, 2000, to join the CJF Ministries' missionary staff as its southwest ministry representative in Las Vegas, Nevada. It was further confirmation to Richard that God’s ministerial calling for him was to reach out to His Chosen People.

Richard has trained and taught many volunteers how to witness effectively to the Jewish people. He leads a campus ministry at the University of Nevada Las Vegas (UNLV) passing out tracts and sharing the Gospel of Jesus to all who are interested. Richard also leads a door-to-door ministry in predominantly Jewish communities.

In September, 2003, Richard planted and continues to pastor Beth Yeshua (House of Jesus), a messianic congregation on the southwest side of Las Vegas, which serves as an outreach into the Jewish community. Another aspect of his ministry is teaching the Jewish roots of Christianity in churches and imparting his love for “the lost sheep of the house of Israel” to his Gentile brethren.

Richard is married to Oanh, who also has a burden to share the love of Messiah with the Jewish people. They have three children: Stephanie, Rebekah, and Isaak.

Richard has received an M.A. in Religion and a Ph.D. in Theology. He is an astute teacher and communicator of God’s Word. All who hear Richard’s teachings will be blessed!